To Save a Savage Scot - eReaderGirl Skip to the content 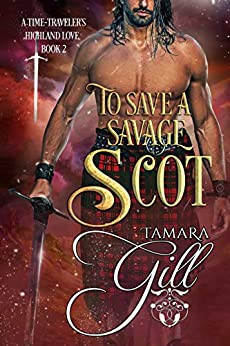 To Save a Savage Scot by Tamara Gill

Kenzie Jacobs is fascinated by a portrait of the roguish Highlander, Black Ben, which hangs in her ancestral home. There's a mystery surrounding his death, and Kenzie longs to solve it by traveling through time to 17th century Scotland--and perhaps meet the gorgeous laird who haunts her dreams.


Black Ben, Laird of Ross, suited his dark name more than ever since his wife died in childbirth. He has vowed never to marry again. But Kenzie is an intoxicating elixir and even more potent than whiskey. As confusing and crazy as she may seem, he can't get her out of his system. But there's no way they can ever work, as she does not fit into his plans.


Fate has brought them together, and Ben can't stop Kenzie from returning to her time, though he would do anything-except marry her-to keep her with him. Kenzie has a life to get back to but leaving her favorite, though infuriating, Highlander behind, might be the toughest thing she'll ever have to do.