The Savage Series Boxed Set - eReaderGirl Skip to the content 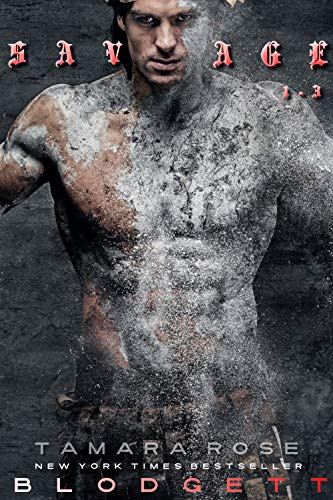 Save $14 - Download the COMPLETE series: tinyurl.com/SAVAGEcompleteMEGA
For fans of The Outlander and The Black Dagger Brotherhood and from New York Times and #1 Dark Fantasy bestseller Tamara Rose Blodgett, comes a tale of criminal geneticists who interfere with predestined matches between the women and men of an unforgiving world.

Readers:
"... This tale ... has intrigue, danger, love, and loss. There are many surprising twists and turns. once you pick it up, you'll be hard pressed to put it back down before the last page is through..."

THE PEARL SAVAGE:
Clara Williamson is a princess living in a dark post-apocalyptic future of bio-spheres fashioned to protect 1890s America. A time when marriages are arranged for things other than love. When her sadistic mother betroths her to an abusive prince from a neighboring sphere to secure their future in illicit trade, Clara determines to escape.

Leaving a life of familiar terror behind, she embraces the dangers of Outside that no one from the spheres has seen in nearly a century and a half.

Clara escapes tyranny only to discover the sphere-dwellers are not the only people who survived the cataclysmic events of one hundred forty years prior. She finds herself trapped, unable to return to the abusive life of the sphere while facing certain danger Outside.

Can Clara find love and freedom with the peril that threatens to consume her?
THE SAVAGE BLOOD:
Clara has become queen and yearns to unlock the puzzle of her lineage. Matthew and Bracus, survivors of the post-apocalyptic Outside and protectors of the Band, accompany Clara in her journey to the eastern seaboard to discover her true family.

Trouble seeks them in the form of the Fragment, a maundering group of nomadic criminals, who thrive on exploitation and control. When the faction absorbs Prince Frederic into their ranks, they undertake a plan to involve Clara and her home sphere in a dangerous scheme of coercion for their own gain.

It isn't long before Clara discovers a terrible secret about the very ones who saved the people of her kingdom from certain destruction. The Guardians are not who they seemed. Through terrible circumstances she must escape, can Clara protect herself from her own destiny and keep the integrity of her sphere intact?

Will the needs of her people, war and tribulation overwhelm her need for a love all her own?
THE SAVAGE PRINCIPLE:
King Raymond is betrothed to Princess Ada of a neighboring sphere in an arranged match not of his choosing. Travelers from a parallel world have bargained to save the future of his people and he cannot refuse their offer.

Raymond does not believe that an alliance with the Savages would result in a life-altering experience. He soon finds himself overwhelmed when an entanglement of emotion and love conspire to undermine his vow in the most unlikely place.

Rowenna, warrior female of the Band, is a much sought-after female select. When her kin agree to an offer that will unite the races of their future, they do not realize what the sacrifice will cost her.

Can the two peoples of separate societies survive the prejudicial position that has been hoisted on them? Will their sacrifice afford a future of liberty, or will heartbreak be the only consequence of their love?