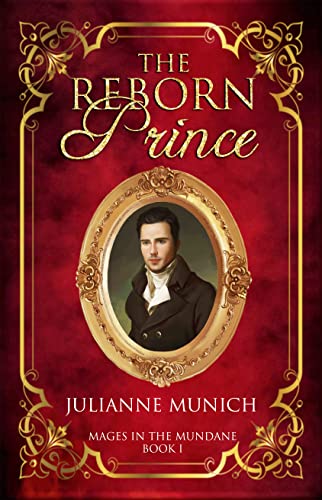 He was a prince, forced into a new life as a pauper.

Luc Bisset has a handsome face and a confident swagger, but he's missing something—most of his memories. Everything before the past two years is a hazy fog.

He uses his work ethic and physical prowess to keep himself and Aunt Mathilde from winding up on the wretched streets of 18th-century Paris. By day, he takes a job laying bricks. By night, he dreams of a gilded palace filled with strange people in lace and jewels.

After disease leaves him scarred and weakened, Luc's outer façade is shattered. Not only is he a man without a past, he sees no hope in his future. He pushes away his humble new friends, including Emilie, a kind young housemaid with inner beauty.

What he doesn’t know is that ‘Aunt Mathilde’ is a Mage, hiding a dark secret. She is not Luc’s aunt at all—but rather, his estranged birth mother. Years ago, she was cast away from the palace her illegitimate child was born into. Her boy grew up to be selfish and violent, eventually committing a bloody crime.

Mathilde can either lift Luc’s enchantment and reveal the truth of his identity—or let him continue his rough new life under her magical veil, protecting him from the evil of his past.

But whether she breaks his spell or not, unless Luc can embrace his inner strength, care about others, and learn that love goes beyond outer appearances—he risks destroying himself a second time.

Beauty and the Beast meets Downton Abbey in this period-set fantasy with sweet romance, sorcery, and an ensemble cast.