The Marriage with the Cowboy - eReaderGirl Skip to the content 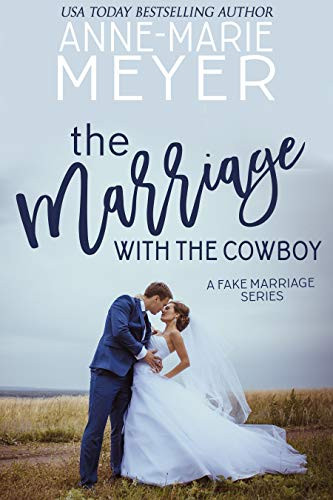 The Marriage with the Cowboy by Anne-Marie Meyer

When a fake marriage turns real.Previously, Marrying a CowboyEmma seems destined to be the perpetual bridesmaid. Especially when her one potential groom dumped her on her birthday a year ago.Austin must fulfill his grandmother’s marriage stipulation in order to inherit his grandfather’s ranch. After a broken heart, he decided that love isn’t going to be a requirement for marriage anymore.Both are at the mercy of every do-gooder matchmaker, so they concoct a plan. A fake marriage between the two of them would be beneficial for both. What could go wrong?When they fly to Austin’s Montana ranch, they’re optimistic that they’ve come up with the greatest arrangement. When the relationship is fake, no feelings get hurt.Until it’s no longer fake.A fake marriage love story for the romantic in all of us.Grab Marrying a Cowboy today!A Fake Marriage Romance series contains full length, standalone romances that are full of happily ever afters.