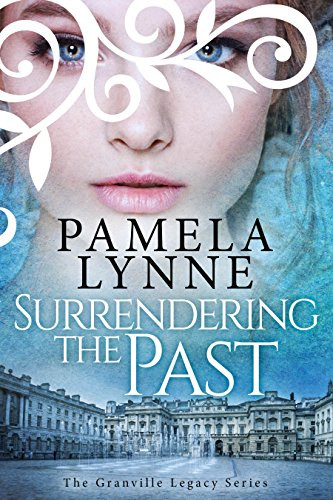 Surrendering the Past by Pamela Lynne

In a world of honor and obligation, falling in love can be a dangerous game. Captain Richard Granville has returned to London after serving the Crown in perilous missions fighting Napoleon’s army. Bone weary and distrustful of all around him, the captivating Jane Dawson awakens his long dormant desire for more than a solitary existence. When he learns she is betrothed to his father, the conniving and dangerous Earl of Litchfield, shadows of the past descend upon Richard, bringing along memories of a tortuous childhood and his failure to protect the person he had loved most.Jane Dawson would pay any price to renew her family’s happiness, but is the cost of marrying Lord Litchfield too high? A woman of virtue and honor, she cannot break a promise once given, especially when doing so would ruin those she seeks to protect. But can she ignore the connection she feels to the wild soldier who understands both her duty and her heart?Follow the men of the Granville family in this suspenseful Regency romance series as they discover that their family legacy is much darker than they realized, and that the future holds treasures they can only grasp by surrendering the past.