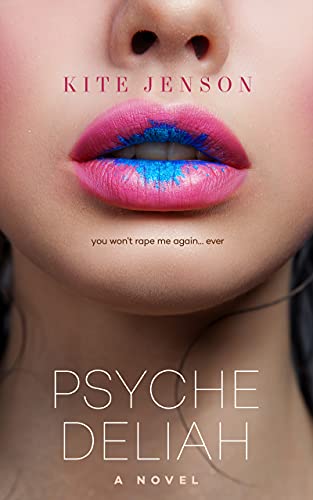 PsycheDeliah: A Novel by Kite Jenson

Can a Billion Dollars and a Secret Psychedelic Drug Make Men Stop Raping?

As Paul unravels the multiple layers of Deliah’s troubled past, he plunges into the world of psychedelic drugs, high-speed roadsters, and underground sex clubs. In doing so, he finds himself forced to confront his own childhood demons. Perhaps more importantly, he meets up with an unlikely cast of characters—including a tantric goddess, a transgendered sub, and a crypto billionaire—all of whom are linked by the terrible traumas they have suffered and their quest to avenge Deliah to right the world once and for all.

PsycheDeliah is a psychological thriller filled with eroticism, despair, and a touch of joy. If you like sex and drugs and the pursuit of justice, you’ll love Kite Jenson’s brilliant madcap adventure.