MURDER AT THE OLD ABBEY - eReaderGirl Skip to the content 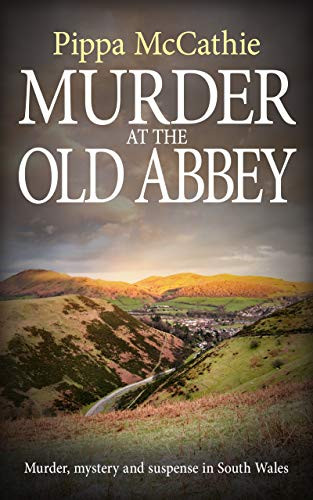 MURDER AT THE OLD ABBEY by Pippa McCathie

White Monk Abbey is a local landmark and its resident patriarch, Caradoc Mansell, a foreboding presence. He runs his household and family as if he is still in the army. And he’s been known for rubbing people up the wrong way.

So, when he is found murdered, the challenge Chief Inspector Matt Lambert of the Newport police faces is that many people had a powerful grudge or good reason to want him dead.

And when it is discovered that Caradoc had children from dalliances in his youth, his family also fall under suspicion - their substantial inheritance having been put in doubt.

With so many suspects and little evidence, DCI Lambert finds it difficult to progress the investigation. The family go to ground, so he draws on the advice of his former boss, ex-detective Fabia Havard.

Knowing the family, Havard helps Lambert establish motive and opportunity. But will their fractious relationship, the result of repressed feelings for one another, get in the way of finding the killer?

MURDER AT THE OLD ABBEY is the second book by Pippa McCathie to feature Matt Lambert and Fabia Havard. If you enjoy it, be sure to check out the best-selling MURDER IN THE VALLEYS, which is available in paperback, audiobook and FREE with Kindle Unlimited, and the third and fourth books, MURDER BY THE RIVER USK and MURDER IN A WELSH TOWN.