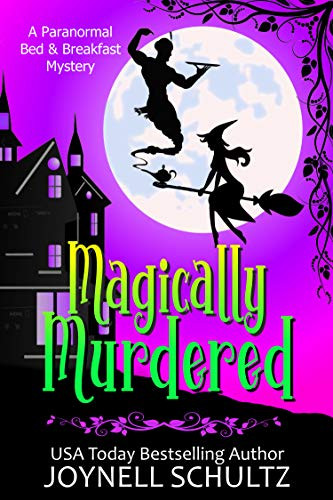 Kyla knows a lot about magic but knows nothing about creating magic in the kitchen. When the police hire her to go undercover as Moonstruck Manor’s newest culinary mastermind and investigate the mysterious deaths of the manor’s two former breakfast chefs, she’s in for a world of trouble.

Whipping up a spell is one thing, but making Crepes Suzette is another thing completely.

With a bed & breakfast full of suspects, including a gardener who knows a bit too much about magical toxic herbs, a housekeeper embroiled in a salacious affair with both victims, and the handsome inn keeper who’s obviously hiding a secret, Kyla will need more than magic to solve this case.

Will she uncover the truth and expose the murderer before he or she sets their sights on her?