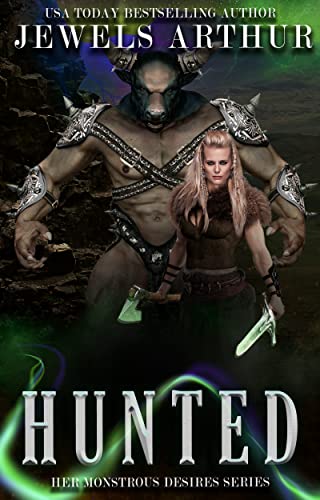 Savages… That’s what they are, and Johanna knows it. When the Vikings come to this new land, Johanna’s goal is to claim the land the minotaur live on for her clan, but they won’t give up without a fight. Unlucky for them, she is a hell of a fighter.

The humans are the enemy. Plain and simple. Always have been and always will be. They pillage the Earth, scorching every inch of land in their path, caring not for the creatures that call the land their home. When a ship arrives and a blonde-haired female appears before the fighters of the herd, Dornik, Gnudir, and Tusar have no choice but to kill the lass. Even if killing a female goes against their instincts, it must be done.

Can three savage beasts show a human what it means to be one with the forest, or will they find out the hard way that everything they believe about humans is true?