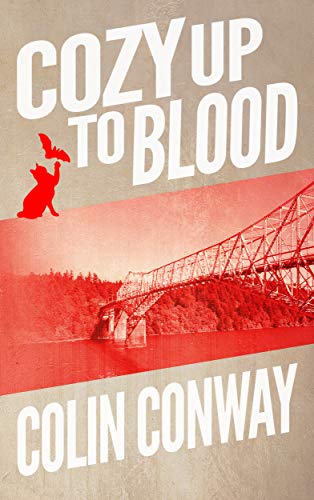 A man running from his past. A thief with a taste for blood. This is no time for scrapbooking.

Years ago, a series of sparkly vampire movies were made on this north Oregon island. Every autumn, a festival is held to celebrate the films and let fans reenact their favorite scenes.

Murray Lee has no interest in bloodsuckers, though. For the past several days, an outlaw motorcycle gang seeking revenge has pursued him. He’s tired, alone, and cranky. Amid a torrential downpour, Murray barely crossed the lone working bridge to Belfry before it washed out.

Now, he’s stranded on the island as his enemy musters its forces and plans an attack.

To make matters worse, someone is biting and robbing the citizens of the island. The local cops seem to think Murray fits the description and are digging into his background.

But Murray is a man with a secret he must protect. The U.S. government has invested a lot to keep him safe, and his enemies will stop at nothing now that they’ve found him.

Murray Lee is about to be immersed in vampire culture in a way he would never have expected.