But what happens when this hot billionaire bad boy and owner of the New York Mavericks football team meets his feisty match?

Meet the broodiest billionaire of all time in one sexy, steamy, downright hilarious, and binge-worthy romantic comedy collection (all for the price of one novella, too!)

This collection includes the following three books:
*Scoring the Billionaire
*Scoring Her
*And a BRAND-NEW novella, Red, White, & You


Scoring the Billionaire
Even though two of his best friends have settled down, Wes Lancaster is determined not to get sucked into some siren’s web. As owner of the professional football team the New York Mavericks and wildly successful BAD restaurant, his lifestyle is full as it is.

Well, it was, until Winnie Winslow, the new, sexy, stiletto-wearing team physician trash-talks him in the locker room without batting an eye.

Now he can’t stop himself from wanting her.

The only girl in her parents’ brood of five, she’s as outspoken as she is beautiful and the kind of woman who holds her own—and then some.

Always competitive at heart, if he’s going all in for love…
Wes sure as hell wants a Win-Win.

Prepare to get a little dirty because this one might go into overtime.
Game. On.


Scoring Her
Wes and Winnie’s love is stronger—and hotter—than ever, but will it lead them to saying “I do”?

Find out what’s next for the happy couple, plus experience seeing the fun and hilarity that comes from having the Billionaire Bad Boys gang back together again.

Only this time, they’re Bahamas-bound with the hot football players of Wes Lancaster’s New York Mavericks.

A last-minute escape out of NYC to enjoy the Fourth of July at Winnie’s uncle and aunt’s lake house.

And an explosive fireworks show that requires the assistance of the Greenwood Fire Department.

It wasn’t quite the Fourth of July they had in mind.

Sometimes, even the best-laid plans don’t survive.
But what if the universe is planning something even better?

It’s safe to say that Wes and Winnie Lancaster are about to experience a summer vacation they’ll never forget. 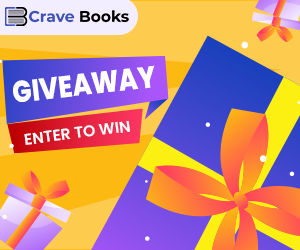