A Captivating Lady's Love Storm - eReaderGirl Skip to the content 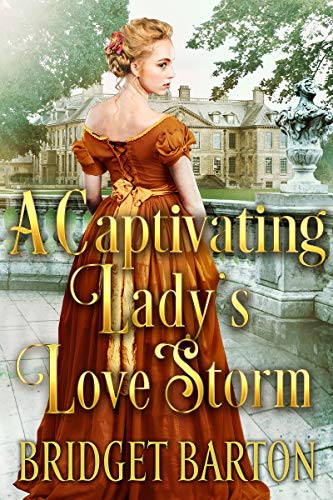 As her first official Season is approaching, Lady Marianne Amesbury can't wait to discover what the future holds for her. After her first dance with a charming gentleman, her instinct tells her that he might be the one. While she can't stop daydreaming about her life by his side, everything is about to change when she discovers that his family is her father's lifelong feud. When her father announces that he will never allow her to see him again, Marianne's life falls into pieces. Desperate to escape her grim future, she tries to find the cause of her father's hate and soothe his resentful heart. Will she manage to put an end to an endless clash? Will she finally have the happy ending she has always been dreaming of?Edmund Stapleton is a kind gentleman with an intrepid mind. Even though he has never enjoyed balls and such social events, he has no choice but to fulfil society's expectations. When he first sees Marianne, he cannot help being smitten by her beauty. But a storm is brewing when he learns that the woman who is about to haunt his dreams would be the daughter of his father's most obnoxious enemy. Will Edmund stick to his father's demand to forget about Marianne, or will he start a relentless pursuit of claiming the woman he loves?Against all odds, Marianne and Edmund do everything in their power to spend a few moments together. But when her father finds out about their secret meetings, furious as he is, he forces her back to the countryside. To make matters worse, he finds an eligible man to betroth her at the earliest opportunity. In the end, will the two romantic souls escape from a terrible fate? Will their love withstand the obstacles that keep them apart?"A Captivating Lady's Love Storm" is a historical romance novel of approximately 80,000 words. No cheating, no cliffhangers, and a guaranteed happily ever after.